"When we say Iranian music, they immediately think that it is a row music, the best thing is to say Iranian music. That is, the music of Lorestan, Kurdistan, Baluchistan, Fars and everywhere is there, there is also the music of Radif. I'm not so inspired by row music that I'm inspired by local music… Most of the motifs are in the same area music, most of the rhythms are there. In the row, there are no rhythms that we have in Khorasan or Kurdish music, for example; "So we say use Iranian music, of which Radif is a part." 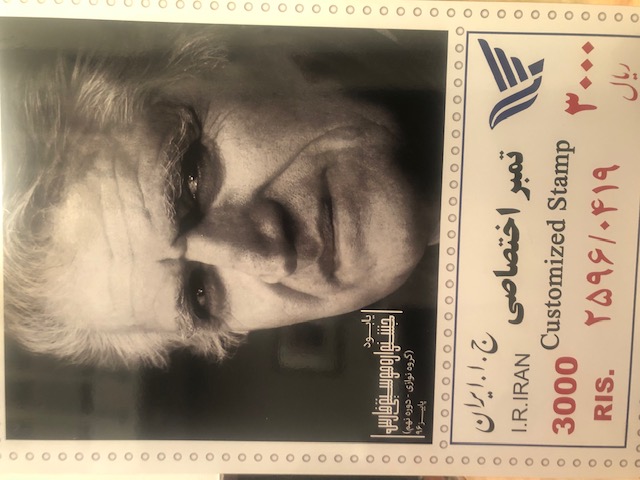 Ahmad Pejman  ( Persian :  احمد پژمان  ; born 1935), also spelled as  Ahmad Pezhman , is an  Iranian   classical   composer  who resides in the United States. Pejman is notable for his operatic and symphonic works. 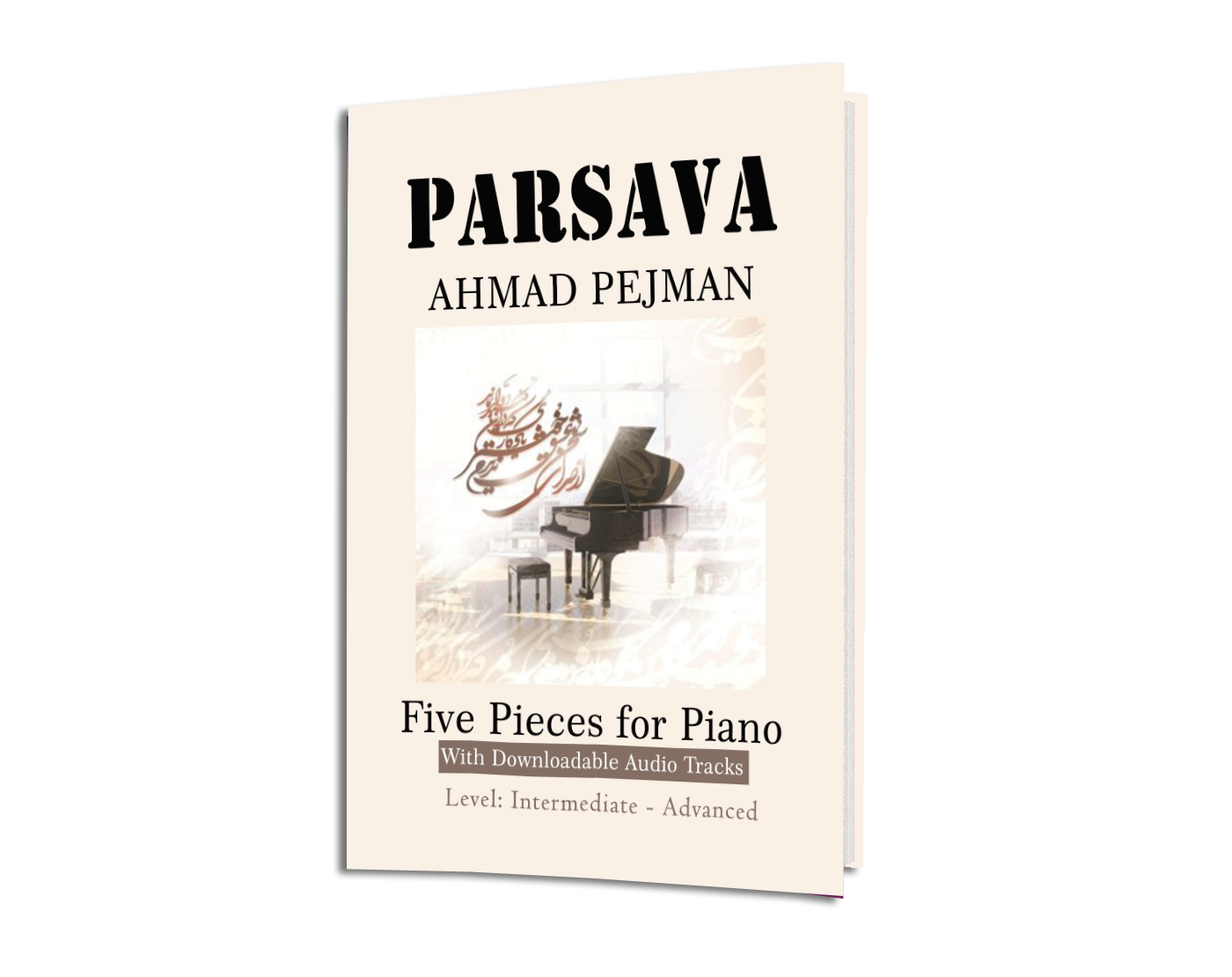 Ahmad Pejman is an Iranian classical music composer, notable for his operatic and symphonic works. As a young violinist with Tehran Symphony Orchestra, he was awarded a scholarship to attend the Music Academy in Vienna, Austria. He studied composition with Thomas Christian David, Alfred Uhl, and Hanns Jelinek. His remarkable career started while a student at the Vienna Academy where his compositions were performed by the Vienna Chamber Orchestra and his symphonic work Rhapsody was performed by the Vienna Radio Symphony Orchestra.

Before graduating from the Academy, he was commissioned to write the first Persian Opera,

Rustic Festival, for the opening of the Tehran Opera house, Rudaki Hall.

Upon completion of his studies, Pejman returned to Iran and soon became one the most prolific and prominent composers of his time. Combining his Western Classical music mastery with traditional Iranian music and instruments, he became a significant force in the classical Iranian music scene. His compositions for the symphony orchestras, ballets, operas, chamber music, oratorios, and film music span over an impressive 60-year career. His works have been performed nationally and internationally,  including in the United States, Canada, Austria, Czechoslovakia, South Africa, Belgium, and the United Kingdom.  Pejman is a winner of numerous national and international awards and was named the most important composer of the century by the House of Cinema in Iran. A commemorative stamp was issued in Pejman’s honor in 2017. 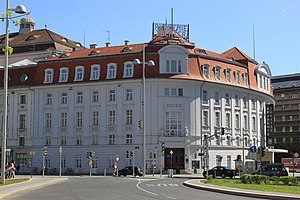 Academy of Music in Vienna 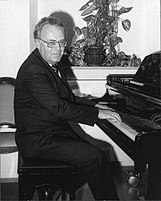 One of the most sought after composers for films, Pejman has worked with many Iranian filmmakers, including Majid Majidi, Rakhshan Bani Etemad, Mohsen Makhmalbaf,

and decades of collaboration with Bahman Farmanara.

Born in 1935 in  Lar, Iran , Pejman was exposed to the sounds and rhythms of southern Iran from early childhood. In high school he started  violin  lessons with  Heshmat Sanjari  and music theory with  Hossein Nassehi .

As a young violinist with the  Tehran Symphony Orchestra , he was awarded a scholarship to study composition at the  Music Academy in Vienna . He studied composition with  Thomas Christian David ,  Alfred Uhl , and  Hans Jelineck ,  Friedrich Cerha  As a first year student at the Academy, Pejman's compositions were performed by the  Vienna Chamber Orchestra  and his orchestral work Rhapsody was performed by the  Vienna Radio Symphony Orchestra . In his third year as a student, he was commissioned to write the first Persian Opera Rustic Festival for the opening of the  Tehran Opera house ,  Rudaki Hall . Upon graduation from the Academy of Music in Vienna, Pejman returned to Iran in 1968, where he was commissioned to write the opera  Hero of Sahand  ( Delāvar-e-Sahand ) which was based on legendary Persian hero  Babak Khorramdin . The opera was premiered at  Roudaki Hall  in 1968. Between 1969 and 1978, Pejman continued to compose symphonic works, operas, ballets, and also wrote many scores for motion pictures and television programs.

In 1976, three years before the Iranian revolution, Pejman moved to New York, where he entered  Columbia University 's Doctorate of Music program in New York and continued his studies with  Buelant Arel ,  Vladimir Ushachevsky  and  Jack Beeson .

In 1984, Pejman moved to Los Angeles and continued to compose and arrange music for jazz and pop ensembles, and motion pictures  Threat, 1985 .

In 1992, Pejman was commissioned to write a cantata for choir and orchestra for the liberation of  Khorramshahr   Beh Yade Khorramshahr, 1992 . He was then commissioned to write music for a musical theater to be performed at  Vahdat Hall  (previously called Rudaki)  Mokhtar, 1993 . Since 1993 Pejman has been writing film music and composing for the orchestra and choir and released various soundtracks and CDs. 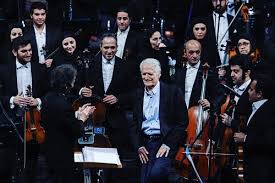 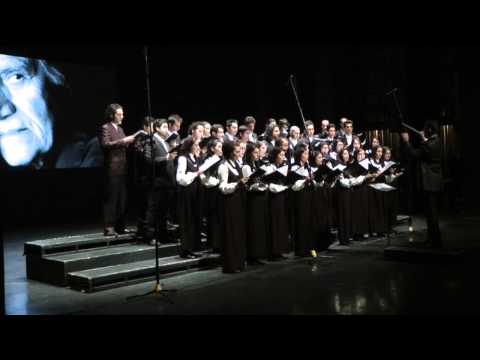 "Resurrection concert" or "A Persian Night with Vancouver Opera Orchestra featuring Vancouver Bach Choir was held at Orpheum theatre in Vancouver on January 20, 2019 to pay tribute to Ahmad Pejman. The creator director and producer of the concert was Mohammad Fazlali. For the very first time in Canada, 150 Professional musicians graced the magnificent Orpheum Theatre to perform masterpieces by renowned Iranian composers on the Persian Night concert. Three movemnts of Symphonic Poem "Sudden Resurrection" composed by Ahmad Pejman were performed in this concert, conducted by Leslie Dala. This concert was World live premier of "Sudden Resurrection". Ahmad Pejman was present in the concert. Pieces from other Iranian composers; Loris Tjeknavorian, Hooshang Kamkar, Homayoun Khorram, Gholamhossein Minbashian, Fardin Khalatbari, Mahyar Alizadeh, Ramin Jamalpour, Saman Samimi were in the repertoire of the concert as well. Alireza Ghorbani and Talin Ohanian were Vocalists in this concert. 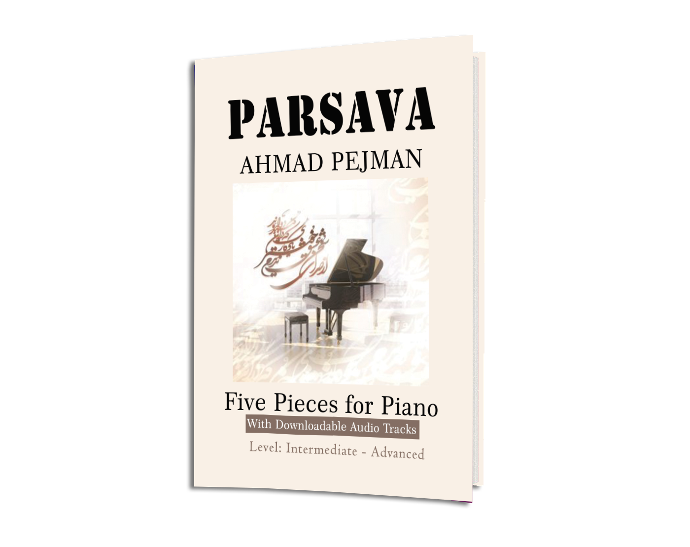 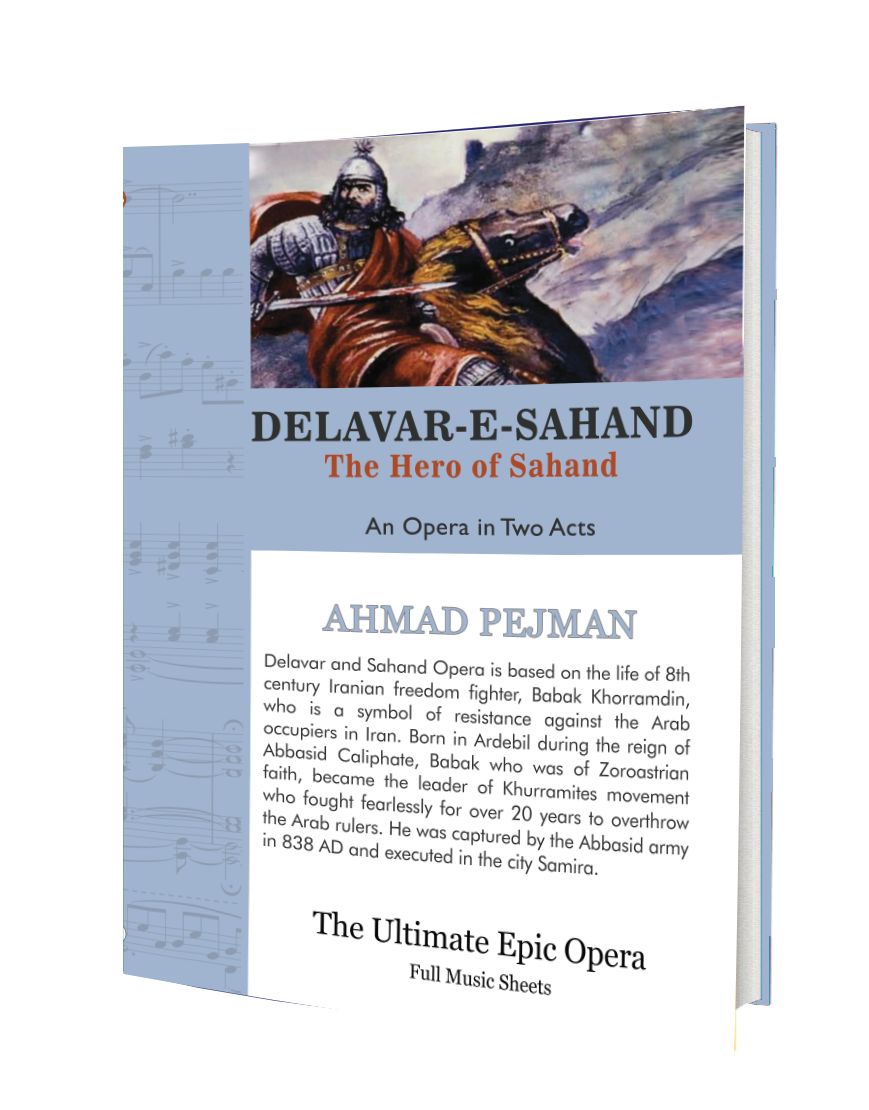